Disclosure: When you buy through links on our site we may earn a commission at no cost to you

If you’re anything like me, you’ll keep yourself posted just about every little thing that has to do with hair grooming and styling. You would have heard the buzz about Tyme straightener. It’s a flat iron with a luxurious and high-end look about it. I know, you don’t judge a flat iron by its appearance, but you can’t deny that Tyme Iron Pro is a looker. It doubles as a versatile curling wand which makes the videos about it all the more enviable. Yet people who have bought and used the product have mixed reviews about it.

It costs around $200, which isn’t exactly what I’d call cheap. So if you’re on the fence about buying it, I totally understand your dilemma. The intent of this full review is to help you make an informed decision. Allow me to show you this product’s functions and features, its pros and cons, and what I think about it overall. Eventually the decision would be yours, but you would then know better than you do at this point.

Functions of the Tyme straightener 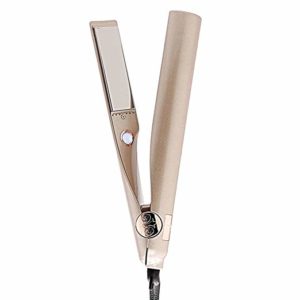 is the latest version of Tyme Iron which first came out in 2014. Both the Pro and the earlier version are tools for straightening hair. Their added value comes in their ability to curl your hair, too. And not just one type of curl, mind you, but many different curl styles.

I know and have used other flat irons for curling hair, too. The difference, though, is that with ordinary flat irons all you will get are gentle waves or one-sized curls at best. With the Tyme flat iron, you can create casual beachy waves, relaxed flips, and bouncy curls of different sizes.

Tyme’s body is uniquely designed in such a way that there’s no need to awkwardly twist your wrist to achieve the desired curls. Instead, you have to learn some tricks, such as the proper wrist motions and the correct angle to tighten curls. The rounded barrel and uniquely-shaped curling edge will do the major job of hair-twisting and flipping for you.

The earlier model of Tyme flat had some flaws, which Type Iron Pro has improved on. These are:

The other features are the same as the original model, such as:

Purchasing Tyme flat iron also entitles you to free one-on-one session with Tyme’s virtual hairstylist – How cool is that!!

This works on the principle that when heated hair is allowed to cool on a surface, it takes the shape of that surface and stays that way longer. So the titanium plates will heat hair to make it more pliable to straightening or shaping. If you pull your hair down and allow it to cool in that shape, it will stay that way. If you twist your hair around the iron’s barrel to cool down, the result will be gorgeous ringlets and waves that stay in shape longer.

There are Youtube videos available for each technique, and my advice is for you to pick one and spend time practicing until you’ve mastered it. If you try to learn more than one video at a time, this will only increase the chance of failing and getting frustrated.

True, you’ll get so much use for it, but only if you also invest time learning how to properly use it. If you don’t think you have the time to sit many hours watching videos then this is definitely not one for you. Just to give you an idea, some users took months to master the hairstyles that looked so effortless to create on the videos.

You will have to account for humidity, too. Humidity is notorious for causing straightened or curled hair to revert to its natural state. User errors will also affect the end-result.

Remember, though, that these last two factors are not faults of the product, and will affect even the best flat iron out there.

As you can see, the biggest draw of Tyme straightener is in its versatility as a curling tool. Its biggest drawback, on the other hand, is the learning curve associated with it. I’d also like to add – the cost. If you’re not ready to invest the time needed to learn how to use it, then there’s no reason to invest money in it as well.

However, the difficulty is in the different techniques that you’ll need to learn for curling hair. If you intend to use it solely for straightening hair, then it shouldn’t be all that difficult to learn.  But will you be able to justify the cost if you didn’t make use of its versatility and curling functions?

Like I said, the question goes back to you. Are you willing to invest time and learn about all the user techniques? Will you be using the flat iron mainly for straightening hair, or also for curling? Your answer to these questions will help you to finally make a decision.

besthairstraighteners.review is a participant in the Amazon Services LLC Associates Program, an affiliate advertising program designed to provide a means for sites to earn advertising fees by advertising and linking to amazon.com and affiliate sites. 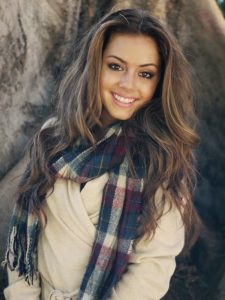 Hi I’m Khloe
I am a Professional Hair Stylist, let me teach you all about this versatile tool that will change your life forever!

Others Also Searched For